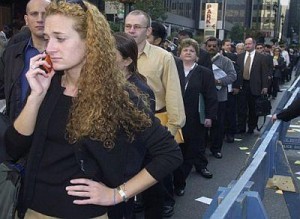 I doubt anybody missed this announcement, but I’ll include a link below to the front page story of the Wall Street Journal–also easiliy found on the website or cover of any other paper or news site today. The month of November represented the shedding of over 533,000 jobs–the highest monthly total we’ve seen in the past 34 years. And I think we all know the reality is that it’s not going to turn around anytime soon. And while people are clearly concerned about unnecessary expenses, one of the things that I think people will need to think more about is their health. If you’re worried about providing for yourself and your family, you also have to be thinking about the physical health you’re in. And I’m not trying to suggest that it’s just about taking AgelessXtra, or Aloe Gold, and RegeniCARE that will lead to better health. Clearly, there are all sorts of things we can do such as exercising, eating well, and eating less that will give us an edge. But I’m also certain that our products contribute towards the achievement of peak potential, and as a result should stay on the family budget way longer than some other perceived “must have” expenses. But beyond this, North Americans are going to have to get aggressive about seeking employment AND mitigating risk. There is little time to think about what to do, to wallow in frustration or disillusionment, or stay in a state of paralysis.

Which is where our Univera business opportunity will be a focal point for so many now and in the future–for some it’ll be enough income that they can easily pay for the product, for others it’ll be a a car payment and health insurance or possibly a mortgage, for some it’ll serve to fund vacations/trips/lifestyle that they thought would forever be out of reach, and yet for others still it’ll simply put food on the table for them and their families.

By finding a job this will mean exploring avenues or pursuits they haven’t considered before (including Relationship Marketing) as well as finding secondary or supplemental sources of income. Which is where our business opportunity comes into play–in stronger force and opportunity over the next year than what we’ve seen over the past three years combined.

U.S. Sheds Over Half Million Jobs
WASHINGTON — The U.S. recession deepened last month as U.S. companies shed jobs at the fastest rate since the early 1970s, pushing the unemployment rate to its highest level in 15 years.

The figures suggest the year-old recession will approach or even exceed the 1981-1982 downturn in severity and support expectations that Federal Reserve officials will soon lower interest rates to levels not seen in a half century.

Nonfarm payrolls, which are calculated by a survey of establishments, plunged a larger-than-expected 533,000 in November, the U.S. Labor Department said Friday, the 11th-straight decline and largest since December 1974.

No doubts, take Lasix only as prescribed by your doctor. Levitra is one of the best-known medications of all time. What is the most significant info you must study about levitra vs cialis? Most doctors say the effectiveness of Levitra is well documented. Absolutely, a sexual problem refers to a problem during any phase of the sexual response cycle that prevents the individual from experiencing satisfaction from the sexual life. Whilst sex is not vital for good soundness, it’s doubtless important for anyone. Why it happen? What kinds of professionals treat sexual diseases in men? A common class of antidepressants, which include Zoloft — can kill the mood in bedroom.