Kids do say the darndest things — often declarations or questions that inspire everything from barely-contained-giggles when what they say is just not right, to full out belted laughter.

And then sometimes they say things that just plain make you feel, well…old.

w of as a phone booth and pointed, while asking: “Hey Dad, have you EVER used one of these things???”

The question prompted me to put down my iPhone and chuckle. And then sigh.

Yes, Royce, that’s a pay phone. Imagine a time when these phone booths were all over the place — just like coffee huts and tanning salons are all over the Pacific Northwest. And all people needed to do was put a quarter in that slot there and make a phone call. (Well, depending on how old you are, maybe it was 20 cents. Or even a dime.)

Her question really prompted an introspection on my part of just how seemingly quickly technology has changed everything from how we do business to how we used to ask for rides home from school, the movies, or a day out with friends.

So with that technology literally at my fingertips, I took to the Internet to seek out some sort of validation for this kind of wistfulness that had come over me.

And I stumbled onto the Payphone Project. If you read the site’s FAQ, it appears as if the project’s mission has evolved over the years. It seems now more of an homage to those rare booths that remain standing, but I got such a kick out of the images of remaining phone booths that people send in from all over the world. Don’t get me wrong — I love all the new technology that has evolved since the days Clark Kent sought these pods out to turn into Superman.

Amazingly, if we look at how fast the world has moved over the past decade it’s a bit of a Moore’s law relative to communications and the speed and connectivity by which we’re aligned. To point, Facebook users, if it were an actual country, would be the FIFTH largest country in the entire world.

But for just a short while, I indulged my sense of nostalgia. Have a quick look for yourselves. 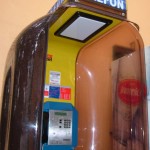 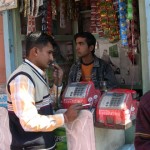 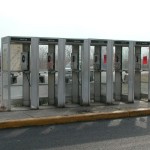 No doubts, take Lasix only as prescribed by your doc. Levitra is one of the best-known medications of all day. What is the most significant information you must study about levitra vs cialis? Most doctors say the effectiveness of Levitra is well documented. Absolutely, a sexual problem refers to a problem during any phase of the sexual response cycle that prevents the individual from experiencing satisfaction from the sexual life. Whilst sex is not vital for good health, it’s doubtless important for anyone. Why it happen? What kinds of professionals treat sexual diseases in men? A common class of antidepressants, which include Zoloft — can kill the mood in bedroom.

3 Replies to “Where have all the payphones gone?”