In the last week I feel I’ve been guilty of blogglect.

It’s basically the neglect of a blog.

A common condition not easily managed even with a superstar nutritional supplement like Xtra and often caused by busy schedules, lots of traveling, little sleep, much excitement, and quite a few meetings and phone calls with a few brief visits to those within the immediate family in between.

So much has happened since my first Singapore posting, of which I’ll post more (or share more via meetings) later on, but a quick update from the last ten days includes:

An incredible conclusion to the WFDSA meeting, where I left with even greater excitement about not just our international potential but also what we can do in North America. In meeting with so many different peers from around the world, what I also clearly saw were some companies I admired BUT also many companies that clearly don’t have a competitive edge on us.

Sure, there are pieces of other businesses that I admire, and there are always lessons we can learn and apply. But at the same time, there are so many companies out there that are global and successful (at least now in the short term) that have no clear business model, next-to-nothing in the way of resources or science, limited human and financial capital. So while I’m not in the slightest picking on any of my peers at any other companies — as there are some fine Direct Selling companies out there — I came back more confident than ever with our current and future potential given the resources, the science, the products, strategy, and our growth plans. 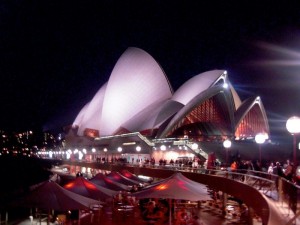 Then, on the way home, I stopped by Sydney, Australia to do some due diligence on that market as we’re going through the preparation process for international expansion. Corporately, there will be an EVP international position that heads up this international work, but as an organization there is already a group working under Regan’s direction to lay some of the initial groundwork and preparations. 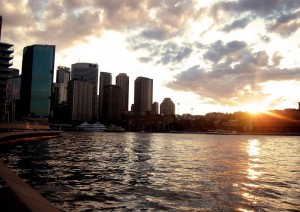 There’s so much that I learned and am excited about with this market that it’s really fodder for another blog posting. It’s a market that is similar in size to Canada, yet can also serve as a fantastic springboard to other international markets — particularly in SE Asia. Generally speaking, the feedback I heard from those on the ground in Australia is that they loved our model and could see great potential for us “down under.” Not only is the market potential great, but the city of Sydney is absolutely fantastic; if it’s not the best city I’ve ever traveled to, it’s certainly in the top three. And the people are an absolute hoot — friendly and enthusiastic. Great engaging personalities. A little bit feisty. For some of you this will represent a chance to go and work and enjoy a country that, perhaps, you would never have the opportunity to visit otherwise. 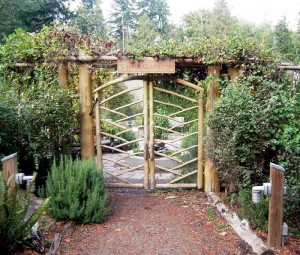 From there I flew home, cleaned out one bag and packed another to attend a portion of ECONET CEO meetings in Seattle. Of particular note, half the day on one of the meetings was dedicated to touring and learning about sustainable environmental practices at a retreat on Bainbridge Island. Islandwood is basically a teaching center for organizations and individuals and even serves as a summer camp for kids, dedicated towards building awareness and practical application of sustainable living and environmentally friendly practices.

Organizationally, our commitment from Bill on down runs deep in the integration of sustainable business practices, and the love of nature and the earth was rooted in him from an early age by the vision from his father — Yunho Lee. Beyond this anchor that serves throughout our Company, the Islandwood tour also served as a practical workshop for the things that we can consider and incorporate as a Company and individuals moving forward.

And, upon returning from the retreat, I unpacked that bag and immediately packed another for a trip to Alderbrook Resort where we held the Gold/Platinum Xpand your Business Seminar. Lots of excitement, it was a gorgeous weekend bookended with great training as well as some exceptional networking opportunities for those in attendance. Of course, for me it’s always fun to hear the stories of success — both from people within this industry who are familiar with its virtues, but also from many others who swore they would never get involved in Direct Selling…But became captivated by both the physical and financial freedom that’s available in Univera.

The part I enjoyed seeing most was the connection of relationships and people who, outside of this, would likely have never connected in quite the same way as they do now.

After this event it, too, led to another bag-change (this is like changing dresses for a beauty pagent, only I’m not a woman nor is this a pagent and neither am I wearing a dress — other than that, though, it’s identical).

So I came home, repacked as quickly as I unpacked, and hit the road on Monday morning to remarkable Reno. There is some outstanding leadership in Reno, anchored by Glen and Reagan Hubbard. This team engaged about 400 people (and I would guess nearly 200 guests) to our very first Road Tour city, a remarkable accomplishment in any city but particularly one that’s so new.

Glen and Reagan did a fantastic job opening the meeting, and Kenny Rossi (our most recent new Diamond) closed the event. At events where there are a lot of guests, the tone is often a bit different in that people are a bit more reserved; they’re coming in with questions rather than a full-on commitment. So while the meetings are more energetic and exciting when it’s 100% Associates, that’s not the market for the Road Tour. The objective is to have as many new people involved as possible so they can clearly hear about the vision, products, and business of Univera — while having a bit of fun.

So while I think we had a good solid event, the first one is always a little rusty (I’m speaking from the Corporate side) and it takes a while to work into it.

This is a unique event at a unique time in our history. As most already know, we have Michael Jr. joining us, which will be a one-time event for the Road Tour (no, he’s not becoming part of the Corporate team, we’re including him for this Road Tour only). What MJ provides is the opportunity for our presentations to more tightly hit the mark, to more seriously broach the very topics that people are dealing with most harshly right now — their health, and their finances.

The humor is intended to not only serve as a draw to the event and make it enjoyable throughout, but it also enables the Corporate team to get really engaged into the heart of the matter and what matters most to people in North America today.

So in Reno, after the event, which only lasted about one hour and 40 minutes (almost a good hour shorter than the last tour, to allow for plenty of dialogue time with guests/sponsors post event), we were thrilled to see so many tables of engaged people having great dialogue.

My sincere congratulations to Kenny, Glen, Reagan, Jordan, and many other leads in the Reno area for such an outstanding event, their outstanding performance and leadership, and I offer my congratulations to each of those guests in Reno who decided to take the important step of bringing financial freedom into their own control, destiny into their own hands in as much as that is possible, by engaging in the opportunity within Univera.

No doubts, take Lasix only as prescribed by your doctor. Levitra is one of the best-known medications of all period. What is the most significant information you must study about levitra vs cialis? Most doctors say the effectiveness of Levitra is well documented. Absolutely, a sexual problem refers to a problem during any phase of the sexual response cycle that prevents the individual from experiencing satisfaction from the sexual life. Whilst sex is not vital for good health, it’s doubtless great for anyone. Why it happen? What kinds of professionals treat sexual diseases in men? A common class of antidepressants, which include Zoloft — can kill the mood in bedroom.