Greetings Univerians, the following blog posting was first written on Saturday afternoon, July 12th, but I’ve updated since then (which is why the time/context might be off). I’ll probably update it with more videos and photos this week, I only have a limited selection right now, and then start introducing new blog postings this week. Please add your comments to this blog posting (or any others). 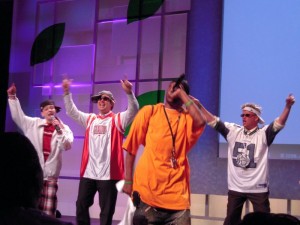 One of the more comical moments from the event below, Regan (aka “Beeker”, from the Muppets…For some reason I thought the name was “Meeper”, perhaps that’s because of the sounds the character makes) on stage with the rappers Eric Miller from Customer Care and “Breathe Eazy.”

I can’t express my most sincere gratitude for EVERY SINGLE PERSON who attended, and to all the corporate employees that made this a great event (special thanks: Julie Darby, Rachel Wisby, Meredith Berkich…but there are just so many others that I can’t thank them all in this email–you know who you are!). 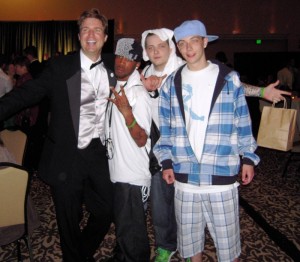 Here we are on Saturday afternoon in gorgeous Seattle, a PERFECT day with a dry 80 degrees and streaming sunshine coupled with incredible energy at our Annual Event with thousands of Associates. Truly, we are having a BLAST at Convention.

Here I sit on Saturday afternoon, just after 4pm, and it’s about the first five minutes I’ve had free since arriving here in Seattle on Wednesday afternoon but I wanted to take a moment to blog a quick entry to share some of my fervor for the past few days we’ve shared together. 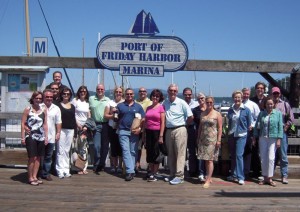 A few highlights so far, but there will be many more shared either on this blog or in discussion following this event. Keep in mind, this is a partial list compiled only over a period of about 20 minutes, as I’m limited by time–but not energy. đź™‚

AND, for those who attended please submit a comment with your favorite moments or stories.

Some of the best experiences so far:

-Dinner at Bill’s home on Wednesday night with the Blue Diamonds, and the ticket promotion winners, followed by a Seaplane ride out to the San Juan Islands for a wine tasting and lunch with all the Blues. Picture below, right as we’re about to depart for the flight back to Seattle. 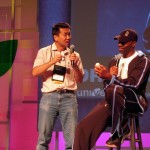 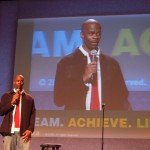 -The comedian Michael Jr. HILARIOUS. This guy, really, is one of the most funny guys I’ve ever met. You can find some of his comedy riffs on YouTube (just search by his name), but let me tell you he’s the real deal. Amazing human being, a quality guy and he’s also talented with humor beyond belief. He did a session Thursday night with the Platinums/Diamonds, then Friday night at General Session, and then TODAY we did an impromptu bit as I pulled him up on stage to do one more session of “Break Time” with the audience. Though, this time he was truly on break as the second day riff was gratis rather than paid, though by the looks of all of you in the lines to purchase his books and CDs I think he did okay. I’m not sure if I’ve ever laughed so much in one sitting, or weekend. And, I am sure the R-DAWG will never be the same (you’ll have to ask around to learn the story of the amazing transformation of Richard Ross!) 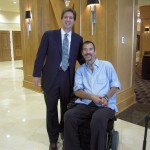 -Jim MacLaren. Wow, talk about a guy with perspective. For the rest of my life I will clearly remember his presentation and story on Friday morning. The perspective he brings gives me hope, and adds to my persevering inspiration. You can check out his Web site for more information in case you missed him. www.JimMacLaren.com. He concluded to a standing ovation, throughout his presentation in the audience I saw looks of both laughter as well as tears as he shared with us his journey throughout life. The comments I have received about his presentation have been nothing less than glowing.

-Taylor Hartman. Brilliant, as usual. Presentation of the Color Code, with a little comedy in between. Smashing success. He’ll be at next year’s Convention I expect, and probably at a few events in between. This year we brought him in on Thursday to do a two-hour session with all Platinums and above, a real perk and incentive for getting to Platinum or above next year! đź™‚ But you can also catch Taylor online, through additional Univera resources we’ll bring to you, or at various events he might attend between now and next year.

-Some great video clips, stories, and anecdotes…Below you’ll see one I added of Al talking to the larger-than-life poster of Bill Lee when we were in Hainan Island, China. It was going to be played right after the Univera Korea Convention video but we were running tight on time. Loved the stories from the FLC about our trip to China, and I also love that I have Al on video talking to a poster. đź™‚

-RAPID RANK BONUS, as well as the continuation of the $35 Fast Start bonus. We unveiled the BEST compensation plan in the industry this weekend. Details available on the back office, but truly we just went from being among the best to the very best. Together, now, we have the best products and compensation in the industry, and as a team we’re going to be unstoppable. And, in the process of this rollout, I will forever remember Dave Nash’s response when he saw his shiny head on the big screens (Dave, don’t feel bad–nobody looked great on the screens, I think the lighting was off a bit).

-Leadership and training. Really, we have the best leaders in the INDUSTRY. And, on top of that, we had the best of the best running workshops yesterday and today. I think it was, quite possibly, the most spectacular set of concurrent training workshops that have been done in the industry. Rave reviews all the way around. No pictures yet

Saturday night served as the capstone, with some outstanding awards, including seven very well deserving recipients of the Rob Kalnitsky award, as well as Associate of the Year (Angelyn Toth). All of this was followed by the customary close by Bill Lee, which was outstanding as usual. 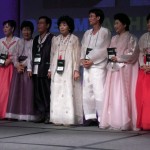 This entire event has been a total team effort, I want to extend my complete gratitude to all the Univera employees and Associates responsible for making this the event that is has been–and, to each of you that attended, you inspire me. My commitment and passion for this business, and for our cause, I am convinced, is equally matched by each of you as well as that of the Corporate team. 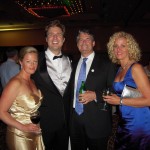 July 10-12th will serve as among the best weekends I’ve had in my life. Thanks for the adventure, the energy, the commitment, and the future we’re creating. I look forward to seeing each of you next year as well–already we’ve sold a few thousand Convention tickets for the event right back here in Seattle in June. If you didn’t do it this time, consider making it part of a family vacation. The Northwest, and Seattle in particular, is one of the world’s best family vacation destinations.

Last picture before signing out…The below is of my beautiful wife, Erica, at Etta’s where we had breakfast on Sunday morning — down by the market. The restaurant gets pretty rave reviews, though I thought the food was just “good.” Though, my company was excellent. đź™‚ 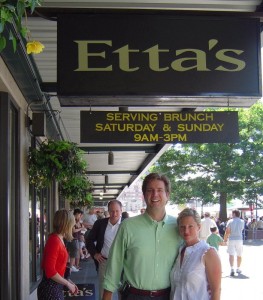 No doubts, take Lasix only as prescribed by your doctor. Levitra is one of the best-known medications of all date. What is the most significant info you must study about levitra vs cialis? Most doctors say the effectiveness of Levitra is well documented. Absolutely, a sexual problem refers to a problem during any phase of the sexual response cycle that prevents the individual from experiencing satisfaction from the sexual life. Whilst sex is not vital for good soundness, it’s doubtless great for anyone. Why it happen? What kinds of professionals treat sexual diseases in men? A common class of antidepressants, which include Zoloft — can kill the mood in bedroom.