Tiananmen Square was magical to me. Not really because of the “sights to see”, there isn’t much. It’s a very large open space, surrounded by Government buildings including the Grand Hall. It’s, instead, the experience and feeling of the history. Odd as it sounds, there’s a haunting atmosphere in the Square and several times during our half-hour visit I felt chills as I thought back to what happened here on this plaza in 1989. It’s a humble reminder of the freedom we have in America, and a tribute to many people around the world who have risked or given their life for the privilege of freedom (or simply progress).

The Forbidden City was fascinating, an Emperor’s indulgence in a dramatically massive landscape that contained nearly 10,000 rooms. The entire structure was completed in about 15-years. Amazing. 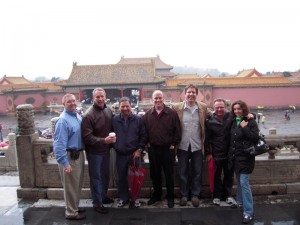 We learned that about 80-90% of the tourists in Beijing are actually Chinese. A dramatic difference from 20-years ago, when most tourists were Europeans, Americans, Russians, and Koreans. The rise of Chinese tourism, and also the significant increase in urbanization as well as modern transportation are all very visible indicators for the industry attraction to direct selling in China. With 1.3 billion people, a massively emerging middle class, it is set, someday, to become a spectacular source of opportunity for Univera as well as the people within China. It is still a structure that needs more development and a more favorable regulatory environment, but it remains an exciting opportunity as we plan our International expansion. 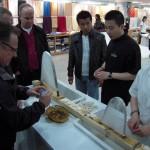 Craftsmanship in China can really be quite exceptional. As we all know and read in the news, there can be a whole spectrum of quality that comes out of China, and at times it’s unfairly generalized. After looking at some of the architecture, as well as handiwork in the silk industry, I have learned a great deal of the quality that can come from this land. In the picture to the right we’re learning about how the silkworm weaves a little cocoon, and then how that silk is extracted. In one tiny cocoon there is about one mile of a silk strand! 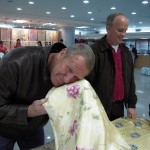 The silk operation we went to had their plan perfectly templated with their own Gift-Team-Enroll method of operation. We showed up, they gifted us with a silk cocoon, shared with us a bit of information. Then came the experience, you can see Al rubbing his face on the silk to the right. It’s the face of a man about to make a silk investment. The silk touring team continued throughout, there was a pod of silk experts at every step of the tour…which then led us to enroll. They had their own 100340 twin pack plus two, but it was a silk comforter instead. After you bought that then it was time for the upsell. Some of us didn’t quite get through enroll, while others bought the 60-gift pack equivalent. 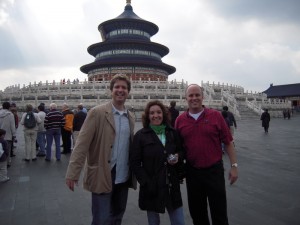 Another incredible example of craftsmanship (craftswomen/craftsperson/craftshuman, etc.) is the Temple of Heaven. This is where the Emperors went to pray–just twice a year. Before entering, it required a three-day cleansing ritual. The temple, pictured left, is a construction masterpiece because it was made without a single nail. Or glue/adhesive of any kind. The entire structure was built by hand using interlocking wood beams. The inside, particularly the roof, is incredibly intricate. To imagine that this was done without CAD (architectural) drawings and modernized tools is hard to imagine. I have no clue how these guys could built the interlocking components that required such precision for perfect fit–each of thousands of pieces of wood had to fit perfectly together. Each piece was custom created, filed, chiseled by hand. Rather than going to Temple of Heaven, the rest of the FLC decided, instead, to sit on the bus and talk about culture and history, I think the topic was about the transfer of power from the Ming dynasty. It was either that, or they were comparing the watches they had just purchased at the market. Of course, Regan, Renate, and I teased each of them that the Temple of Heaven was the most interesting part of the trip so far, and that they missed Jackie Chan giving autographs. 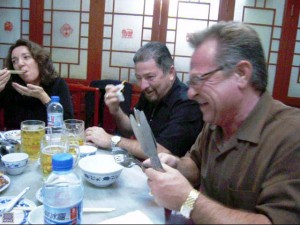 Beijing is such an amazing city, each of us loved every minute of our time here learning more about the history and learning about the culture of such warm people. Today we’re off to Hainan for the grand opening of Hainan Aloecorp. Someday, many of us, will be back in Beijing together as we build Univera throughout the world–including China.

No doubts, take Lasix only as prescribed by your physician. Levitra is one of the best-known medications of all time. What is the most significant data you must study about levitra vs cialis? Most doctors say the effectiveness of Levitra is well documented. Absolutely, a sexual problem refers to a problem during any phase of the sexual response cycle that prevents the individual from experiencing satisfaction from the sexual life. Whilst sex is not vital for good health, it’s doubtless important for anyone. Why it happen? What kinds of professionals treat sexual diseases in men? A common class of antidepressants, which include Zoloft — can kill the mood in bedroom.