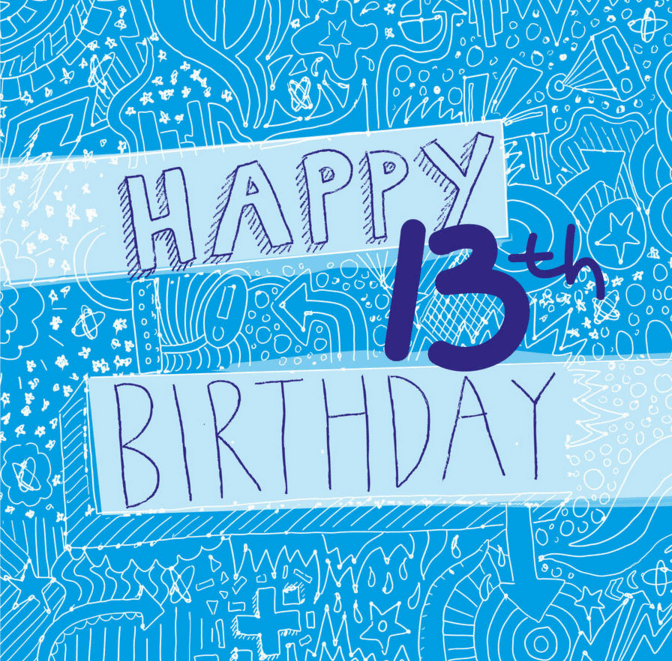 Wow. Today, you would be 13–a big year. And an official teenager!

For the last few weeks I planned (again) on writing you some more “fatherly advice.” You know, wisdom things I would’ve passed onto you if you were here.

Something that would be insightful and possibly profound.

It would’ve included mistakes (so many) that I’ve made that I’d want you to avoid. And a few things I learned along the way.

In my mind, at the end of the letter I was going to reference a few well known people that I thought would be good role models as some reference points. You know, famous people with some quippy quotes and a notable epiphany.

Someone I could point to and say “Yes, son, grow up and be like THEM!”

No doubt, were you here and I shared these with you, I’d imagine at some point you’d be rolling your eyes exhaling “Daaaaaaaaad I KNOW! I’m 13 now…I KNOWWWWWWW these things!”

And, well, of course you would, because, congratulations, you’re a teenager now! You’d know everything, just like I did. 😉

Then, about a week ago, I thought I’d write to you about how I felt after seeing the movie “I Can Only Imagine,” that is until I saw it.

In addition to being the song that has been my musical association to you for years, it’s also an epic movie about the story of redemption and restoration of a relationship between a father and son.

But after seeing it I KNEW I couldn’t write about that, given that when I saw the movie with Royce and Zoe I basically cried for two hours straight.

So I kept thinking about what I’d write, and usually I don’t even really know what it’s going to be until I sit down to type.

Then this weekend something happened that radically changed my letter to you, and as usual I didn’t figure it out until I sat down to write it tonight.

When I went off to college, my freshman year I remember talking to Jim King who was the Dean of Student affairs and also created the roommate assignments for all incoming 1st year students.

Over the years, I talked to him a lot, yet I have no recollection of any one of our conversations–except this very one.

“Raz,” he told me on the phone “I have the PERFECT roommate for you.”

I showed up to the first day of college, which is still a little bit like the enthusiasm below from Finding Nemo (my favorite kids movie ever!), just without your Dad there…imagine a version of the below for an 18-year old, because yes you’d be that excited for your first day of college as well.

That day I met a guy named Thom Hoyman who would end up being my roommate for four years, and a lifelong friend.

He was, in many ways, the opposite of me. Creative art student, I was a business major. He played Rugby, I played football. He was quiet, thoughtful, a great listener, and well I was loud, boisterous, and ehhhh, my listening skills needed some work.

Yet we also loved some of the same things.

We loved listened to Yanni during the day to study, and at night we’d fall asleep listening to Metallica, the Black Album (arguably one of the best albums to ever be released in the 90’s!). We shared the same sense of humor, often to the dismay of those around us. We spent endless hours together in those dorm rooms, sometimes doing Bible Study, and sometimes undoing the work we were supposed to be learning and applying from those Bible Studies.

And for most of college, we were always together hanging out.

So back to this last weekend.

Last Friday night it was approaching midnight, and I was finishing up some work.  And I was really discouraged. With so much still to do I decided to cancel my Boarding trip to the mountains, though when I called to cancel the hotel it was too late without penalty.

Not wanting to lose the night I’d paid for, instead, I decided to wake up early and crank out four hours of work, make it to a mountain to get a few runs in, and crash at my already-paid-for hotel with laptop in tow to finish out my work Saturday night.

As I’m driving west on I-70 I was undecided where to ski, as my hotel was about 30 minutes from four different ski resorts. For whatever reason, I drove west to the farthest ski resort away in Beaver Creek. I got there at 1pm and boarded for three hours. At 4pm I’m sitting at the bottom of the mountain by myself listening to a band play while sipping coffee.

And within a few minutes I run into Thom at the bottom of the mountain, who was there with his family. I hadn’t seen him in over 12-months, and probably only a handful of times over the past ten years.

When I saw him he said “Dude, you’re hanging with us tonight! My family is here, and so are my parents who would love to see you. You’re family, you’re coming to dinner.”

And over the next three hours I saw the most awesome thing unfold.

Because Saturday night was the first time I no longer saw my college roommate.

Or even the guy who gave me, to this day, what is one of my most valued possessions–a sculpture he made that reflected the way he saw what I felt in my life, which encompassed a symbolic person in the form of a sphere with a big wave cresting over it. 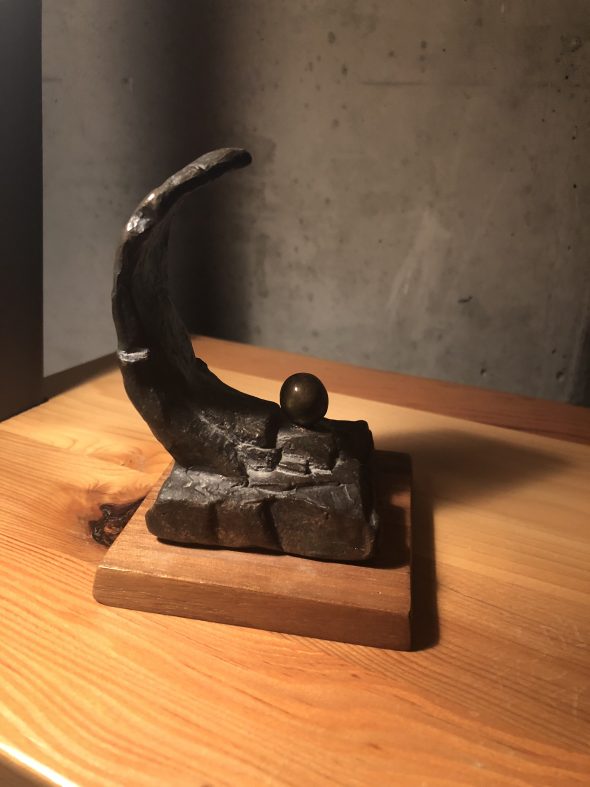 A dad to two young sons, who was playful, encouraging, and loving.

A husband to his wife, that was attentive, compassionate, gentle and strong.

A son who loved his parents, with both playfulness and a deep reverence.

A man who loved God, with gratitude, humility, and obedience.

And a best friend, who somehow and someway ran into me at a time when I needed him the most.

Levi, if you were here today, I’d skip all the stories, quips, quotes, and anecdotes of all these modern-day heroes.

And instead, this time, I’d point to you and tell you, “Son, see that guy right there named Thom? When you grow up be THAT kind of man.”

Happy 13th Birthday Buddy. I love you, no matter what.

*This is my annual birthday post for Levi. The prior years posts are all here