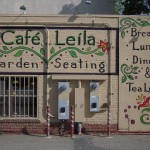 On Wednesday morning, at a reasonable hour and without alarm clocks (some of you will get this inside joke) we awoke in Emeryville to head over to breakfast in Berkeley at a crunchy, natural foods place. Food was fantastic, loved the ambiance. We sat outside in a rustic California-style courtyard with the sun pouring onto us as we dined in the cool of the morning while eating healthful food. 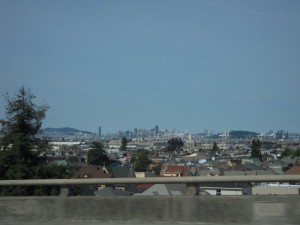 Man, I love California. We all do.

Before catching our flight we drove around the UC Berkeley campus which is where Stephen actually worked with some leading biochemists for a period of time, involved deeply in bioenergetic and antioxidant research. This was, of course, many trillions of cells ago. Þ No doubt he both contributed exceptionally and had the blessing of learning from others who came before him to develop an emerging field. In an interesting way, as we drove around Berkeley I watched Stephen with a sense of pride and acknowledgment of the privilege we have of his incredible talents and contributions. 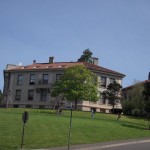 So Stephen was in his glory touring Berkeley; already he has this youthful and exuberant energy but it was accentuated when driving around the creative energy of a University where some of the best and brightest both attend and teach academia. 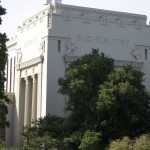 To the left I took this photo of one of the Berkeley buildings that caught me in the moment. Given our business initiatives as well as Stephenãs background, it captured my eye immediately. On one side it the building says ãBotanyã and the other ãBiochemistryã. Mix the two together, and, well, you know, lots of good stuff happens. It’s only fitting, I should’ve taken a picture with Stephen in the foreground…Next time.

And, as an aside, I hope there is a next time for this tour. If you couldn’t tell, we’re having an absolute blast on the road. Really, this is probably the most fun I have ever had in any week of business travel. Certainly, touring with Regan and Stephen has something to do with it, but it’s this chemistry tied to all the Associates that makes this amazing. I know, at times, this probably sounds sappy so as I write and re-read my blog I try to make sure everything stated is as authentic and accurate as possible, but I must acknowledge in all my years of business travel and various Companies I’ve never seen the team of people we have in the field like we do right now.

Back to the day…

We arrived in Los Angeles and the hotel event location was fantastic. Usually airport hotels are these run down shanties, but not this one. Despite being right at the airport, the interior of the hotel was fresh and contemporary (though Stephen told me not to swim or sunbathe outdoors due to a combination of jet fuel particulate, sun, smog, and other factors…so I didn’t!).

The leadership reception was held on the top floor of the hotel where we were able to catch up with many of those who are starting to build such a strong business in L.A. 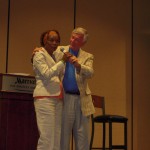 One of the guys that I met was a newer Associate who actually had established, prior to Univera, a Wellness practice involving everything from the physical to emotional to spiritual componentry. I was really impressed with his progressiveness, and he also seemed quite interested to hear about the foundation of Wellness that weãre moving towards as a Company.

For now, much of our migration towards Wellness isãgraduallyãbeing initiated with simply an intention in day to day decision making. Last month I was perusing the pictures of a Blue Diamond/FLC trip to Korea and China in April, 2006. And, without fail, every single person in all of my photos looked better today than they did back on the trip two years earlier. People looked healthier, leaner, more refreshed. Better.

Certainly, I know some of this is attributable to Univera products. But I also know that a lot of this also has to do with lifestyle choices and taking some meaningful steps towards living a healthier life. And, what I love, is that this happens gradually in most cases. Sometimes even unintentionally. Usually lasting change doesnãt happen in an immediate instant (exceptions are usually limited to cases where people have some type of transformational and major life event), and so what Iãve observed are these intentional improvements along the way by various different individuals within Univera.

Not only does it work this way physically, but also emotionally. 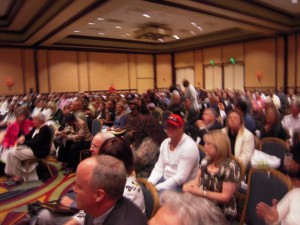 So this is one of the reasons I love the team in Southern Californiaãsuch heartfelt and sincere emotions and sense of caring. Now, I don’t mean that I don’t sense emotion and care in other parts of the Company, for sure I do. But every location is a bit different, probably due to a combination of geography, environment, and leadership in that area. Each area is wonderfully unique.

Tonightãs general session was PACKED. We were so proud/thrilled with the Associates in L.A. and their incredible performance. In fact, I was so excited I didn’t take as many pictures as I wished I did. Overall, the night was outstanding and–to date–far exceeds the record for the road tour in terms of attendance (which upcoming city will beat this???).

Over 400 people were in the room. And, of that 400, there were a lot of guests. And, even though I know itãs L.A., I wasnãt expecting to meet so many people actively engaged in Hollywood. Actors/Actresses, Screenwriters, Directors. Iãm not sure how to describe the energy in the room, somewhat a creative anticipation. I don’t really get starstruck yet this event was great fun to meet some of those involved in various writing or acting in TV shows and movies. 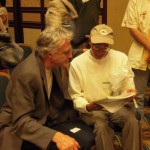 Itãs fun to watch the people swarm Stephen after the event. Regan and I both give him a good teasing about it, because we really do know that this business is about the products and that people come to hear Stephen. Tonight he was, as always, hilarious. Though sometimes he gets so wound up he sometimes skips discussing a little ãol energy product called AgelessXtra.

ãOy!ã as Stephen would say. 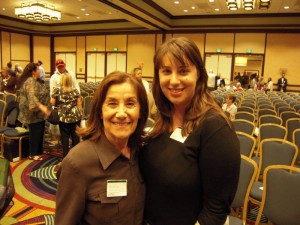 Regardless, people loved the presentation (of course) and many leave inspired to be better. And, theyãll figure out the whole Xtra story if they hadnãt heard it before the event anyways. 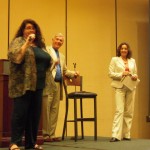 Testimonials tonight were great, perhaps a tad on the long side but how can you blame people for spilling their heart when these Univera products have made such an impact in their life?

I met this wonderful woman who has many kids and I believe told me sheãs 51 years old (wonãt use her name since Iãm stating her age!), she looked like she was 31 and had some incredible product experiences personally as well as with her children. Itãs always fun hearing about the success stories. 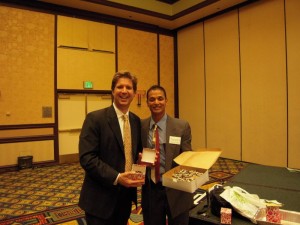 There were also a few Associates who, at the end of the evening, gave the three of us some gorgeous desserts; they were these little cheesecakes and mousse-like parfaits that were made with some of our products and I think they were on the healthier side. At least, thatãs what I told myself as I ate both of them as I was blogging in my room. Such a sweet gesture, and tasted outstanding as well, which will stand as one of the many memorable moments from this tour.

Thanks to the City of Angels for being such gracious, energetic, and memorable hosts. 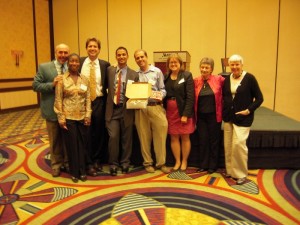 No doubts, take Lasix only as prescribed by your physician. Levitra is one of the best-known medications of all day. What is the most significant info you must study about levitra vs cialis? Most doctors say the effectiveness of Levitra is well documented. Absolutely, a sexual problem refers to a problem during any phase of the sexual response cycle that prevents the individual from experiencing satisfaction from the sexual life. Whilst sex is not vital for good heartiness, its doubtless great for anyone. Why it happen? What kinds of professionals treat sexual diseases in men? A common class of antidepressants, which include Zoloft  can kill the mood in bedroom.

One Reply to “California Dreamin’”