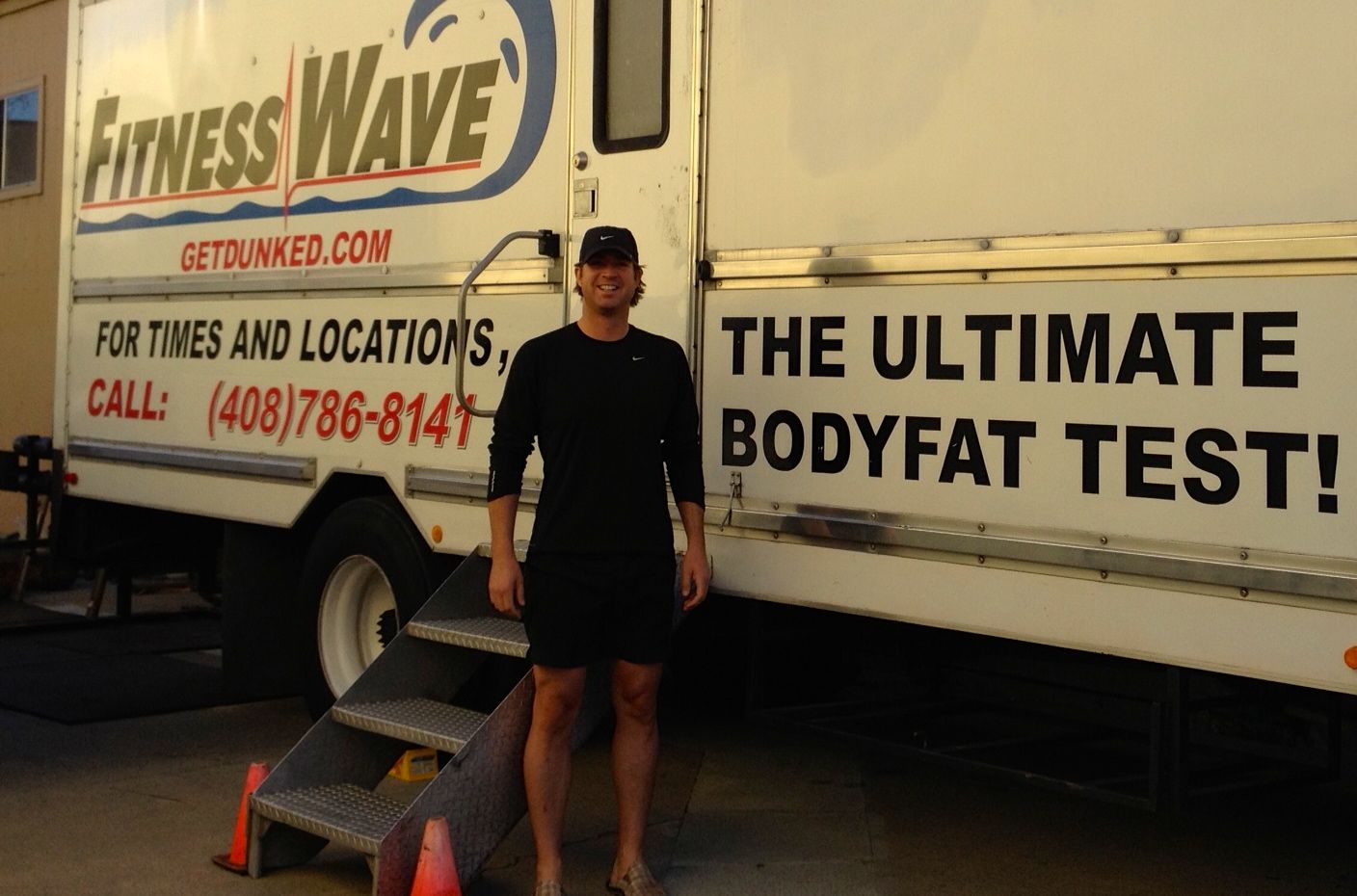 Over five years later, today I finally achieved a goal I have been chasing for a long time–results towards end of post. A quick note: this is not intended to be “hey look at me look at me I’m doing great” (I also don’t think that either, btw). It’s the opposite in many ways, it’s about 100 failures over five years. For too long I was: Overweight. Undisciplined. Frustrated. I’ve also justified it to myself. Lots of travel. Running companies, including two start-ups. Bad metabolism. Not enough time. Unmotivated. Bad genes. Whatever.

And I have failed 100 times in the process of achieving my goal. Many of you have done far better physically than I ever will, and for that I’m inspired, but others face the frustrations I do. So I want to share a quick story about 100 failures in the event that it might spur you on to keep trying yourself. And it’s a reminder to me for the months and years to come–so I don’t backtrack. Because I could easily fall back, I’m cautiously writing this.

Since college, for most of those years, I have been fat. It’s painful to even write it, but it’s true. Some people might politely say “well no, really you weren’t fat” but some of the pictures below prove otherwise. And I know better. Which is one reason why this is a really humbling post for me to write.

I remember a philosophy class in college when a prof was having a debate with a good friend of mine (RR, we’re still going to do a radio or TV show together someday!) and they were debating the definition of fat in a philosophical context.

“So, really, then, what is being fat? How do you even know you are fat?” the prof whimsically asked, to which my buddy quickly replied “Because I’ve seen myself naked.” It was a funny line, but that’s true for a lot of us. I had many “aha” moments in addition to seeing myself naked over the years.

Here are the numbers:

Ten-years ago, I weighed–UGH I CAN HARDLY WRITE THIS–275 lbs. This was my heaviest. I have no idea what my body fat % was at the time. But I do remember I was REALLY awesome at floating in water. Like, truly gifted.

12-months ago, I weighed 240 with 25% body fat. I started lifting, doing some cardio, saw a trainer a bit, and tried to eat more carefully but I wasn’t intensive about it. I still fell into the “Obsese” category based on most guidelines.

Four-months ago, I was down to 220 with 20% body fat. Generally considered “Average.”

How’d I do it? First, I failed a lot. 100 times. Tried almost everything except the Shake Weights–those things are ridiculous! Lots could have worked, I just didn’t stick with it. Partly b/c I was undisciplined and I didn’t want it enough. Partly b/c I just didn’t find stuff that worked for me. And partly b/c I didn’t really grasp some key fundamentals.

One of the fundamentals is simple, perhaps obvious, but I never bought into it. And it’s this: You lose fat in the kitchen. Not the gym.

It really is 80% diet. Working out helps build lean muscle mass, helpful to burning fat, increasing metabolic rate, general fitness, and more. But if you want to lose weight, if you want to lose fat, those results happen inside, not outside, the house.

So here’s what I did: (and I’m not suggesting you should do this, it’s just what worked for me)

1. Eating: I got my eating in order: My nutritional/eating plan was strict Paleo. I absolutely love this, and can’t recommend it enough. Try it for 45-days. It’s not for everyone, but this worked fantastically well for me. This was 80% of my success. I allowed myself up to three cheat meals a week–and you need to take at least one or two, so you don’t deprive yourself. But I was pretty disciplined otherwise. And the last month I have been consistently using the Nutribullet. It’s magic. Worth checking out.

2. Running: I started running and training for the Sacramento marathon, I’d run 2-3 days a week. Perhaps this sounds aggressive or you have no desire to run a marathon, that’s fine. Do some form of cardio 3x/week.

3. CrossFitting: Erica and I started CrossFit three months ago, three times a week. Apart from some travel, I missed very few workouts. What I love about Crossfit is there’s a regimen, there’s a coach, the groups are small, there’s a team element, and it’s done in one-hour. Plus most adhere to Paleo, so there’s more support for the diet. I love a LOT about CrossFit. There are some things that annoy me about CrossFit as well. But, I refused to let the few things annoy me get in the way of an overall great solution.

During this time, I also used a FitBit scale to measure my changes in body fat, but took a baseline body fat test using the Hydrostatic method (dunk tank) which is by far the most accurate measure, I used the LoseIt food app until I got disciplined, and I fanatically used–and still do–my NikePlus app for all my running. I also supplemented with shakes, but really learned that whole foods are better so I only used protein shakes post aggressive work outs–and only grass fed, free range whey protein. Finally, I consumed copious amounts of fish oil, by far the best I have found is from SFH (Stronger, Faster, Healthier).

To supplement my meals, often as a replacement or as a recovery protein at night, I used LifeShotz Vibe, which is a slower absorbing protein powder that helps increase the feelings of satiety–but also includes branch chain amino acids, which makes it particularly beneficial to consume at night and to let your body digest and absorb it while sleeping as a part of recovery.

You might think “well, that’s a ton of work and I’m not ready to CrossFit or run a marathon!” to which I’d offer two responses:

1. You don’t need to. The weight loss workout is battled out IN THE KITCHEN. It’s 80% what you eat. I don’t care how much you work out, food wins this war. For years, even when I worked out, I failed repeatedly at the food part of this. Which is the primary reason why I’ve failed 100 times. I thought that the battle was the one hour I was working out a day. Wrong! It’s actually the other 23-hours when you’re not working out, and are possibly eating the wrong stuff.

2. While it did help accelerate my goals, eating Paleo and being in such a calorie deficit made it a bit more challenging for me as well. I was running so much I was often hungry. And, I was burning so many more calories than I was taking in, I think it made my Crossfit, and particularly running, much more challenging. You should work out, but you don’t need to go crazy. Don’t expect overnight results, either. Set incremental goals so you can win along the way. And allow yourself a few cheat meals each week. But don’t get lazy and start cheating daily. If you aren’t losing weight, something is wrong with your diet. E.g., you are eating too much. đź™‚

It’s so easy to get frustrated and give up. In the process of the last five years, I’ve even had some fitness people tell me “Hey Raz, maybe your body just wasn’t designed to be that lean” which would’ve been a nice out. But it was also BS, I knew it. They probably just felt badly for me. But don’t ever let others let you off the hook or give you an out to achieving your goals. Pick a plan. Stick with it. Execute. I appreciated far more the doctor that called me a “fatass” because a) it was true, and b) he really wanted to help me–even if it hurt him to say it, and me to hear it.

After hitting my goal, am I totally satisfied? 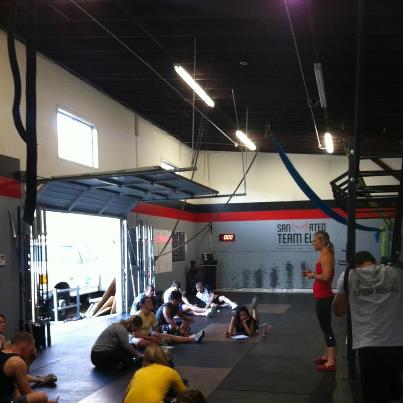 I’m thrilled to achieve it, was a total rush to see the numbers this morning after so many years of attempts and the last year of more intensively working at it. But, it’s funny, I don’t look as lean as I thought I would. And, I still wouldn’t feel confident running with my shirt off, which was my other (vain) goal–and not so others could look at me and say “wow, that guy is in great shape” but so I could simply feel good about being leaned up. Even if I get there someday, I PROMISE I will not be that obnoxious dude who prances around with his shirt off during or after running. If I ever do that, please punch me. Repeatedly. Instead, I will run on obscure roads where there are no people in sight. I just want to be able to do it for me.

So today I’ll let myself be excited for finally achieving something that evaded me for years, and on my 101st attempt with help from a lot of people along the way, Paleo foodies, other runners, and CrossFitters (particularly the San Mateo Team Elite gym).

But tomorrow, I’m back on the circuit to work towards my new body fat goal by April 2nd: Below 9%

101 thanks to each of you who have encouraged me along the way.

P.S. One final story, which helps keep any ego in check. A month ago I was at a 49’ers game and met another CEO of a start-up. He’s sitting next to me, and the whole game he’s saying “Man, you look like someone famous and I can’t figure it out!”

Twenty minutes later, he blurts out “THAT’S IT! I GOT IT. Matthew Mcconaughey! You look like that guy.” (I realize I look nothing like him, but it’s better than the Huey Lewis and the News I was told the night before).

And he’s like, “YES! You look like a…CHUBBY VERSION of Matthew Mcconaughey!” So knowing I was going to lose another ten pounds, I said to him “Well, how much do you think I’d have to lose to NOT be a chubby version of him?”

He responds, “Look man, you don’t understand, you can’t change it, it’s in your face it’s not something you can lose. It’s not a bad thing…” Alas, I will probably always have chubby cheeks, but here’s to trying to get rid of them–and a constant dose of humility. đź™‚

No doubts, take Lasix only as prescribed by your doctor. Levitra is one of the best-known medications of all day. What is the most significant info you must study about levitra vs cialis? Most doctors say the effectiveness of Levitra is well documented. Absolutely, a sexual problem refers to a problem during any phase of the sexual response cycle that prevents the individual from experiencing satisfaction from the sexual life. Whilst sex is not vital for good soundness, it’s doubtless important for anyone. Why it happen? What kinds of professionals treat sexual diseases in men? A common class of antidepressants, which include Zoloft — can kill the mood in bedroom.