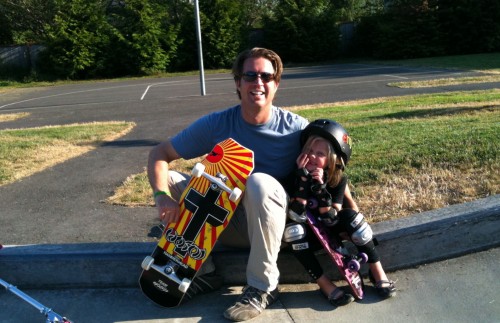 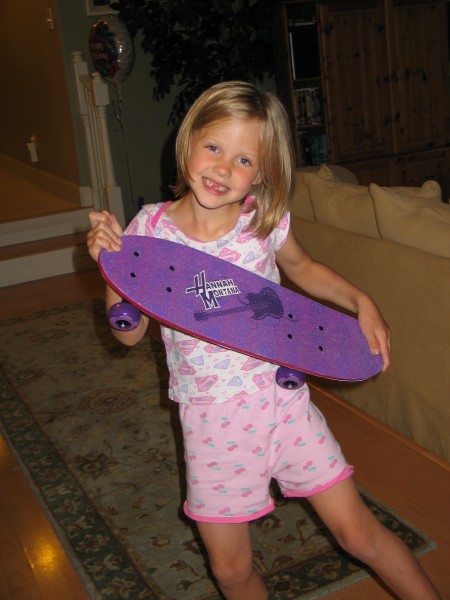 When I was growing up, in middle school, I wanted a skateboard. Not just a kinda-wanna, I mean I REALLY wanted one. Badly. All my buddies had them, the cool kids were always out in sidewalks of Jones Middle School doing tricks, finding a half pipe somewhere to ride on. I remember reading boarding magazine after magazine, following Tony Hawk and his rise to skateboarding stardom, and all the while I’d circle VERY VISIBLY the exact wheels, binders, ribs, and board that I wanted throughout the magazines as I read (it had to be a custom creation, it was a very specific set up), just in case my parents were trying to figure out what I wanted for my birthday or for Christmas and stumbled upon one of my many magazines and thumbed through it. It was just like the scene out of “A Christmas Story” when that little kid wants a BB gun for the holidays–a borderline obsession.

But, unlike “A Christmas Story” after year went by and the skateboard never came. In fact, my parents wouldn’t let me buy one either and this was one of the “you’ll buy that over my dead body” topics.

Same situation as the motorcycle coveting that happened years later (so I bought one secretly in college with a roommate of mine, who actually proceeded to wreck the thing literally five minutes after we were handed the keys. Sorry Thom, I know you won’t live that one down, but it was a good way to christen it and you helped validate all the fears my parents had over a period of many years about motorcycle ownership within a matter of micro seconds of getting on that thing).

Tonight, my youngest daughter Zoe, opened up her final b-day gift from the weekend. It arrived today from my parents, and I’ll admit I was more than a little surprised when she popped that thing open and out appeared…

No, instead she opened up a box about two feet long–and I could see the sparkle in her eye as she picked it up, and when her little hands were ripping apart the box and her voice was quivering with excitement it was with a duality of emotions when I watched her pull out…

A very rad Hannah Montana skateboard. The very thing she’s been talking about for the last year.

Just like I wanted growing up (though I’m not sure having Hannah Montana on my board would’ve been okay). While I was so happy for her and it was so much fun to see her delight, and this might sound a bit strange, but there was a bit of me that was quite melancholy about it. Certainly I wasn’t envious, I don’t dwell and live in the past (and certainly couldn’t get hung up over not having a skateboard as a kid, only to see mine get one), but perhaps it was the reality that the roles change over time. And I’d become more like them, and they had become more like me.

I was opposed (but, clearly overridden đź™‚ ) to Zoe getting the skateboard. Probably all the things that went through my parents mind went through mine. So tonight’s memory was a surprising reminder of the roles and environment that changes over time. It was also a simple, even silly perhaps, perspective about the ways we can be molded by others and our risk envelope is pushed; my desire for Zoe not to have a skateboard was not fully a principled one (if it were she really wouldn’t have gotten one), but instead it was more a preference (that, beginning with my wife, didn’t agree with).

So, Zoe, enjoy that skateboard. I’m glad I got pushed a bit to let you have the joy (and probably a few scrapes and bruises) that only a skateboard can provide. And, I’ll enjoy watching you enjoy it–in fact, when you’re not watching, I might secretly take it out for a few joy rides around the neighborhood half-pipe. Who said it’s too old to relive your childhood, even if it’s your children that help to bring you back?

No doubts, take Lasix only as prescribed by your doc. Levitra is one of the best-known medications of all time. What is the most significant information you must study about levitra vs cialis? Most doctors say the effectiveness of Levitra is well documented. Absolutely, a sexual problem refers to a problem during any phase of the sexual response cycle that prevents the individual from experiencing satisfaction from the sexual life. Whilst sex is not vital for good soundness, it’s doubtless great for anyone. Why it happen? What kinds of professionals treat sexual diseases in men? A common class of antidepressants, which include Zoloft — can kill the mood in bedroom.