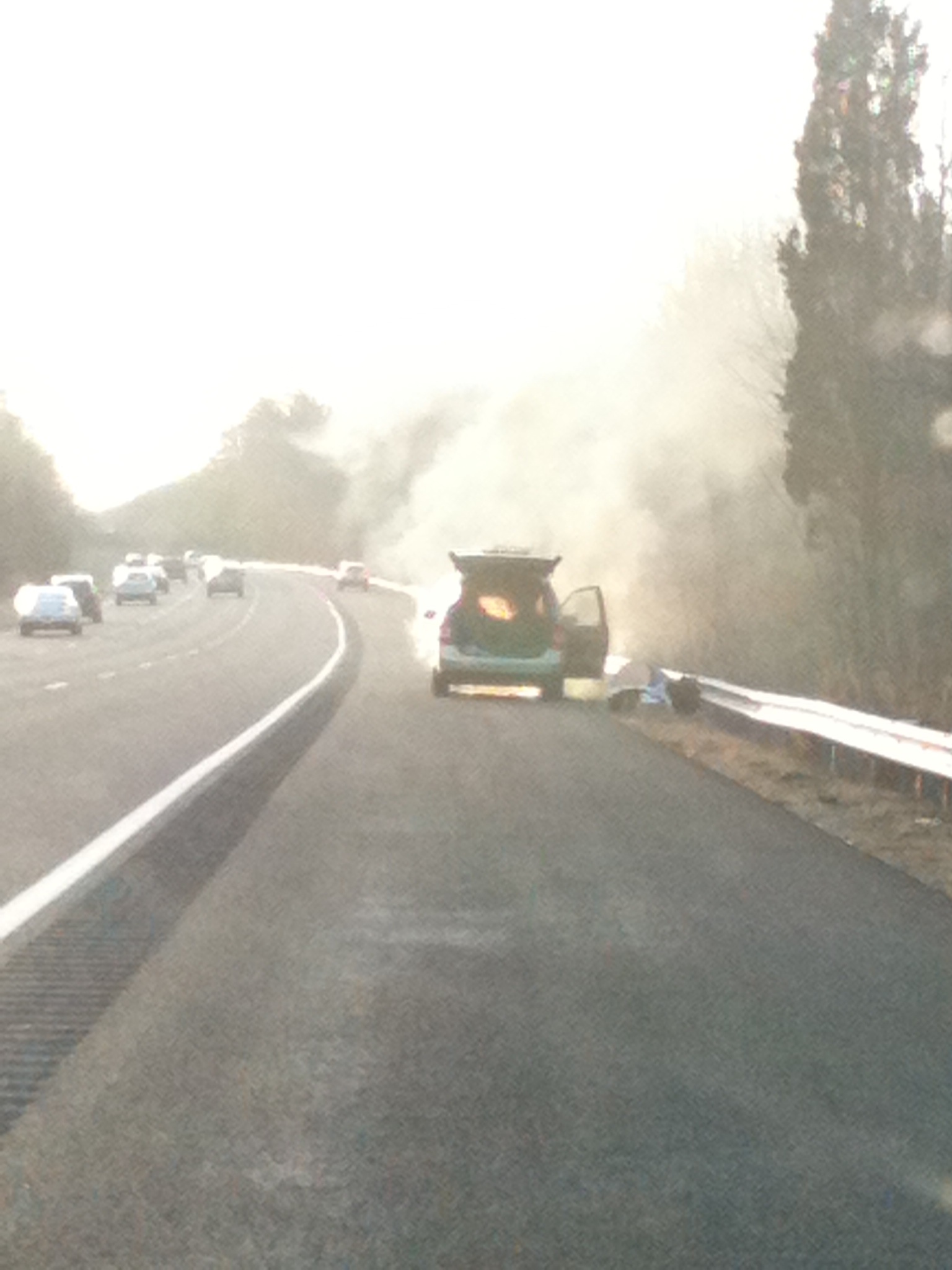 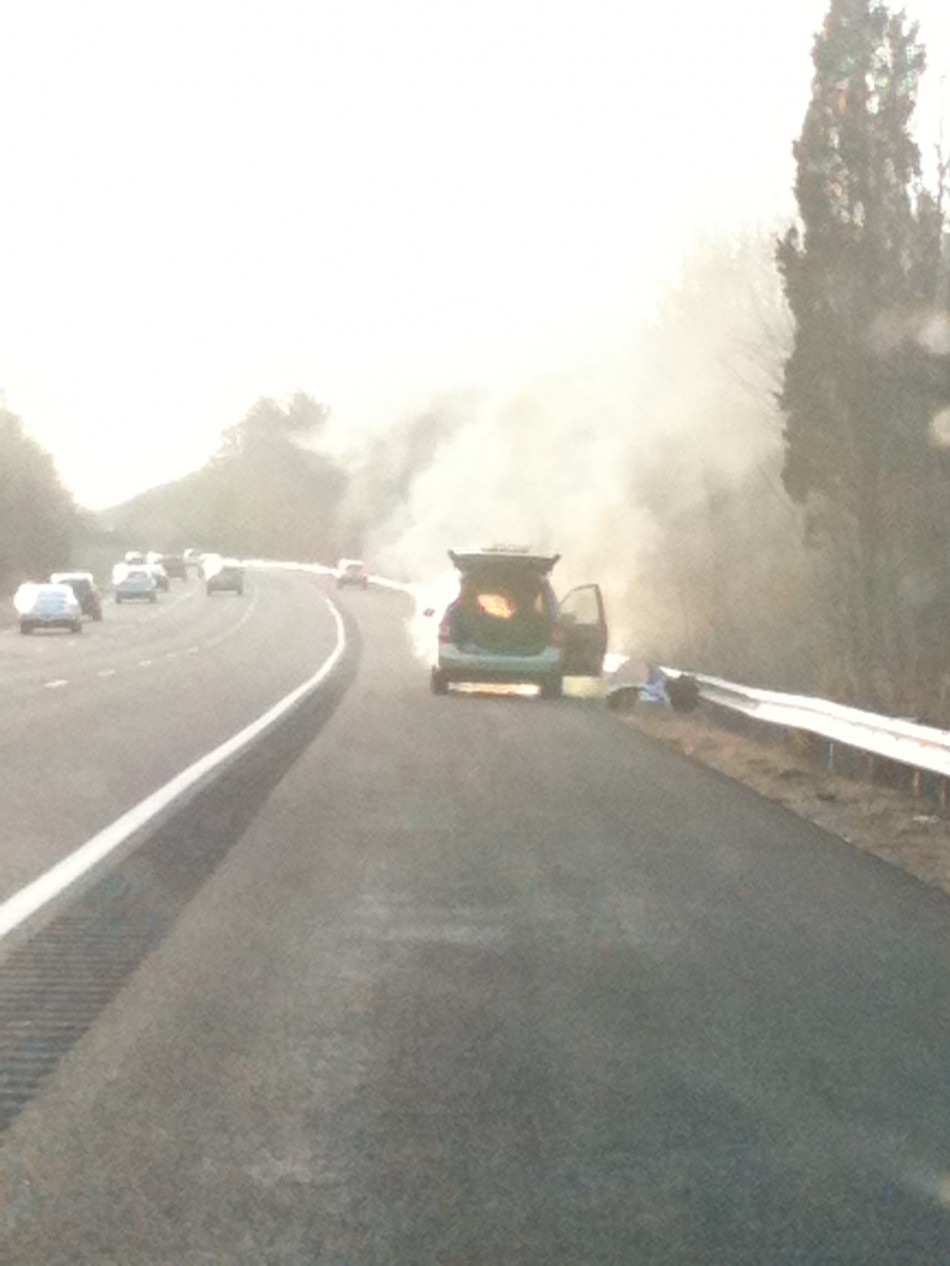 We’re driving back from the NYC area to Western Jersey on Saturday late afternoon, just me and, then my RoZo sitting in the back. We’re jamming to some Rihanna, they’re telling endless stories, the sun is out…and we’re wearing shades, we’ve got a full tank of gas and a half a pack of cigarettes.

(okay, those last three are lines from the Blues Brothers)

Up on the right about a quarter of a mile ahead I see a car in flames, and the kids start screaming in the back. Anyways, since this isn’t the point of the story, I’ll speed this part up. Car on fire. Family of four were already out, the mom was convulsing in tears (I wanted to give her a hug, but didn’t). The Dad, a gentle giant who spoke broken english sprinkled w/ Spanish words looked in shock. Car appeared like it was about to explode. Moved them a few hundred yards away. Called 911. Everyone shows up. End of story.

But, as I was leaving, I looked over at the dad, he was shivering in the cold and had this tiny thin little blanket draped over his shoulders. It wasn’t bitter out, but there was a bite. And it was as if a voice said to me…

“Give him your coat.”

To which I replied “Woooooahhhhh! I just bought this coat. Like six weeks ago. And I only have two coats here in NJ, the other stuff is in storage. And it was expensive. I did my thing, this is ridiculous.”

So I walked around the car a few more times, realized the authorities were going to take care of him. Got in the car. Knew I was supposed to give him my jacket. Almost got out to give it to him.

Put the car in drive. Then park. Rethought it again. Back in drive, thinking this is absurd that I don’t need to give a guy my coat that I just bought, who I stopped to help (amongst many many people who just kept driving by). I did my deed, I thought. I did what really mattered.

As I drove off, I kept thinking “I should’ve given him my coat.”

And, nearly one week later, after having thought about this all week, I realize I didn’t do my deed at all. I was supposed to give him the coat off my back. Instead, I was selfish, hard of hearing, and logical.

When I should have been abundant, intuitive, and irrational.

No doubts, take Lasix only as prescribed by your doctor. Levitra is one of the best-known medications of all day. What is the most significant info you must study about levitra vs cialis? Most doctors say the effectiveness of Levitra is well documented. Absolutely, a sexual problem refers to a problem during any phase of the sexual response cycle that prevents the individual from experiencing satisfaction from the sexual life. Whilst sex is not vital for good health, it’s doubtless important for anyone. Why it happen? What kinds of professionals treat sexual diseases in men? A common class of antidepressants, which include Zoloft — can kill the mood in bedroom.