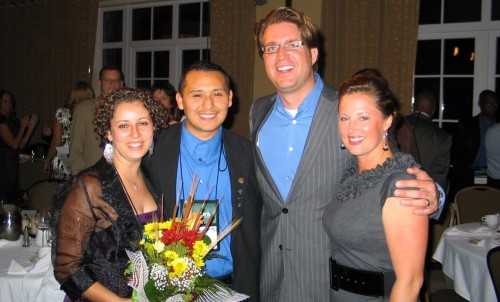 You could not ask for a better place to spend this past October weekend than at the Alderbrook Resort in Union, Wash., reveling in the great achievements of our newest Gold and Platinum Associates this past year.

Between enjoying the crisp, cool fall air, the turning colors of the trees, and the magnificent view of the Olympics reflected in the clear waters of Hood Canal, can you believe we got a lot of work done as well?

I always say that big decisions are made at big events like this one. And between meetings with the Field Leadership Council and members of the Montreal leadership, I’m so excited for what’s to come in this last quarter of 2009, looking ahead to 2010! There were also great training workshops with everyone in attendance and even greater stories shared. I loved the heartfelt community-building and the recognition of so many deserving folks who worked so hard all year!

It was a sold-out event with probably about 80 different Associate accounts represented, and I’m thinking we actually had the entire resort here locked up for the weekend. I’m so grateful for everyone who made this such a memorable event.

If you were on our waiting list and didn’t get to attend, I’m really sorry you missed this great weekend, but never fear! Our next big event happens later this month at the Portland, Ore. Super Regional beginning October 23!

No doubts, take Lasix only as prescribed by your doc. Levitra is one of the best-known medications of all time. What is the most significant info you must study about levitra vs cialis? Most doctors say the effectiveness of Levitra is well documented. Absolutely, a sexual problem refers to a problem during any phase of the sexual response cycle that prevents the individual from experiencing satisfaction from the sexual life. Whilst sex is not vital for good health, it’s doubtless great for anyone. Why it happen? What kinds of professionals treat sexual diseases in men? A common class of antidepressants, which include Zoloft — can kill the mood in bedroom. 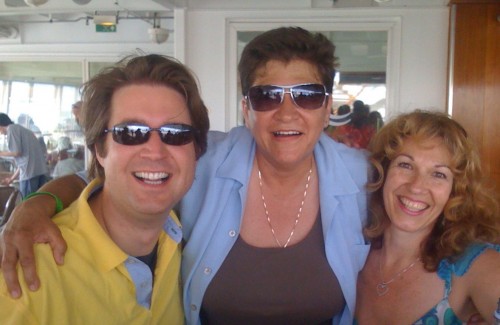 Starting this weekend I’m going to do a multi-part series of posts over the next week on Servant Leadership, specifically as it relates to some of the lessons I learned from my trips to Kolkata, India. Originally, I was going to start the series today, but today, after our most recent Univera Celebration Cruise I’ve gotta write about ENERGY.

The magic of Xtra is, ultimately, energy. 300 billion cells. Renewal. Alpha-Ketoglutarate. Kreb cycle. All that stuff, it works to give people a breakthrough botanical product–not a juice–that gives people natural and high output energy (among other things).Â

Last night, as I was preparing some final remarks for the last night of the Cruise celebratory sendoff, it dawned on me that the magical benefit of Univera products is also the magic of our business and associates: energy.Â

We’re just returning from the Univera Cruise where we had allÂ the top performers over the past year, spanning numerous ranks, spend five days and four nights in the Bahamas. I think it was this trip that I really started to understand how much I love the people in this Company. It might be a bit like with kids, where I go through each stage of their life and I say “Now THIS is the best stage, I love them so much and wish they could just stay right here.”

Yet, invariably, the next stage gets better.Â This weeks trip was, in some ways, like that.

Except this included a bunch of new people that I’d never before met. I met individuals and teams from every part of North America who, in their own unique way, make a community what it is. Filled with diversity and uniqueness–people of all colors and ages, with all sorts of different backgrounds and work experiences; some who were familiar with Relationship Marketing prior to Univera, and many many others who at one point in their past said “I would NEVER do Relationship Marketing!”, until they found our products. And the model. And also the people–which are fundamentally what comprise the culture.

I heard the most magnificent stories this week, and watching the attendees interact and exchange and collaborate and share with fun, laughter, and enjoyment–as well as straight out deep dives into business opportunities and ways to advance to the next level, was simply satisfying. The week was devoid of the things that break down leadership groups like ego, arrogance, and exclusivity. Instead, it was filled with the bounty of leadership behaviors like inclusivity, excitement, coachability, appreciation, and mutual concern, and regard for each other. There are many stories I could share from the event, unfortunately time doesn’t allow and I’ve precious few pictures on my iPhone (though check back in a few days, I’ll upload a few other pics I get from peers or the office).Â

The two workshop sessions on Tuesday and Wednesday morning, Stephen was simply exceptional (I realize he is always good, but this was a top 10 moment). And the 90-minutes of field leader led presentations (thanks Diamonds/Blue

Â Diamond) was about the best training session that I’ve seen. It was insightful, authentic, fun, and applicable. I heard so many great comments from those who say through the presentations. Each was good, but the one that stands out was the roundtable discussion between Kenny Rossi and Angelyn Toth. They actually have a nearly identical color code, yet they’re in many ways so different. But that’s part of what makes this group so good, they’re each exceptional individuals who represent some of the top business performance by their teams during the past year.Â

Karaoke. This was probably the most fun portion of the trip, where we laughed together–including some laughing at me–during my first-ever Karaoke debut, as well as that of Dave Nash. Meredith, I’m quite certain, would win the most talented award for Karaoke. She was almost annoyingly good. đź™‚ If they had kept it open, I could’ve stayed and hung in the Karaoke lounge for many hours more.Â

I loved hearing Glenn and Kenny sing/rap a Ricky Martin song. It was truly memorable. And just a little bit bad. Lots of energy, you can’t say they don’t give 100% to everything they do. Even singing. And unfortunately my rendition of Hey Jude wasn’t as good as the original below but I think the energy on stage with all the associates was better.Â

At our first stop I was supposed to take the Platinums snorkeling, but weather didn’t allow it. Twenty minutes later Julie Darby helped me come up with an alternative game plan which worked out great, including a picture perfect lunch on the beach overlooking crystal blue seas and conch fritters along with great company–which then was followed by a really cool trip to some local Bahamian gardens (featuring a lot of medicinal plants). It really didn’t matter what we did because just getting to know the people was the enjoyment. The setting just made it better.Â

Also this week I received my honorary Canadian citizenship bestowed by a team from up North, and I’ll always remember the first night out on the deck of the ship wee into the night looking at the stars with Richard, Yogita, and a few others from their team, where we talked about everything from business to life to spirituality and religion at a level of openness and authenticity that I’ve not felt in a long time. It was a revealing moment of getting to know people as just that.

As I write I feel so blessed and appreciative of all the Univera team who worked so hard to earn this trip, for showing your spirit and enthusiasm and friendship this past week, and also those who invested many hours to prepare and organize the event (thanks Corporate team).

We’ve got the magic.

As well in our business.

And it all starts with energy.

No doubts, take Lasix only as prescribed by your doc. Levitra is one of the best-known medications of all period. What is the most significant information you must study about levitra vs cialis? Most doctors say the effectiveness of Levitra is well documented. Absolutely, a sexual problem refers to a problem during any phase of the sexual response cycle that prevents the individual from experiencing satisfaction from the sexual life. Whilst sex is not vital for good health, it’s doubtless important for anyone. Why it happen? What kinds of professionals treat sexual diseases in men? A common class of antidepressants, which include Zoloft — can kill the mood in bedroom.