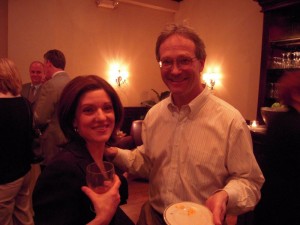 While last Friday marked the official “kickoff” of the road tour at our Corporate Univera Xperience event, tonight was the first official “on-the-road” event held at Maggiano’s in Bellevue, Washington.

It couldn’t have gone any better and served as the perfect launch into a busy but exciting week.

On the car ride back to our hotel tonight each of us, meaning Stephen, Regan and I, was raving about the enthusiasm of the attendees at tonight’s event. 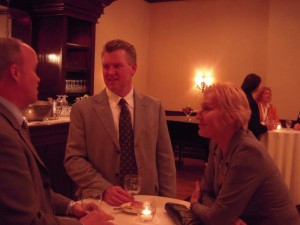 The beginning of the event was an invitation-only reception with Associate leadership. A lot of fun to connect with a smaller group of our leaders, who I feel like we see often but don’t get enough time to socialize with together. Tonight made up for some lost time. 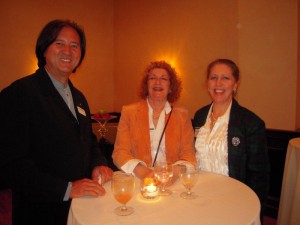 After the leadership reception we began the general session–turnout was incredible with over 320 people. Standing room only, a completely packed house. A very enthusiastic group, which included at least 50+ guests in attendance–if not more (that alone was the number who self identified as guests).

Ann Magee did a fabulous job of hosting (and planning, along with the Corporate Univera staff with special thanks to Julie Darby, aka “J Dar”) the event. It was one of the best hosted events we’ve attended, she handled the group with composure, elegance, and sincerity. Each of us were really impressed with Ann. 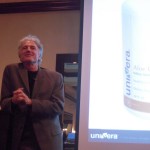 Of course, Stephen continued his funny, charming, and informative self (sounds like a repeat from a previous blog, but it’s true–he was excellent). Regan told the story of Senator Bradley becoming a fan of our products and our meeting with him at Lacey headquarters about a month back. Regan even brought up the person in the audience–Gail–responsible for gifting and enrolling Senator Bradley while on a book tour years ago (great job Gail!!!). She briefly shared the story of how he became such a fan of our products and Company.

One thing in particular really made tonight particularly special to me. 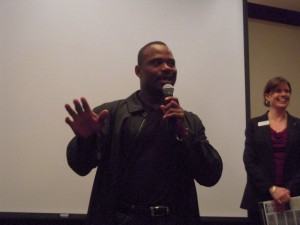 The small but powerful group of testimonials were really moving. There were only four or five, yet each of them were sincere and touching–to hear firsthand the impact these products have had on their life, their physical renewal, is inspiring.

There was one gentleman there tonight who really inspired me, his name was Scott and he’s gone through an amazing physical transformation, physical renewal, over the past year. He shared with great honesty his story using humility, humor, and appreciation. It was among the most authentic and inspiring testimonials I’ve heard, I had a chance to speak with him after the event and was really touched by his story. 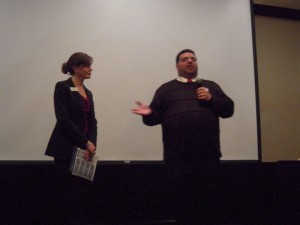 If nothing else occurred tonight (and plenty did!) to hear this testimonial and realize the impact of Univera products in his life would have been enough to make the entire event worthwhile.

There was some great participation from other leaders, including Jay Jackson who kicked off the event, Ray Winter who discussed our upcoming Convention followed by a meeting summary by Mike Kaufman.

Both before and after the “formal” event we also had the opportunity to talk, share, and hear stories–from both new Associates as well as those who have been involved in the business for years. A few pictures might help tell the story, but it won’t do it full justice and I haven’t the time to share about all the great people we met and bonded with tonight. 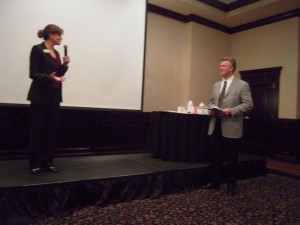 To top it all off, about 20 Convention tickets were sold this evening.

What an exceptional event; over dinner late this evening (dining on fish, of course), Regan, Stephen and I were really basking in the afterglow of what was an invigorating event made possible by the leaders in the Seattle area and all the attendees.

If you had any favorite highlights or moments please leave a comment below.

Thanks to everybody for a fantastic kickoff at the Bellevue event! 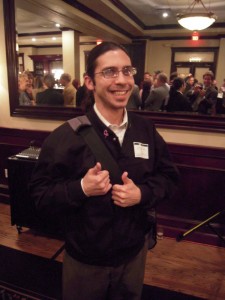 No doubts, take Lasix only as prescribed by your physician. Levitra is one of the best-known medications of all time. What is the most significant information you must study about levitra vs cialis? Most doctors say the effectiveness of Levitra is well documented. Absolutely, a sexual problem refers to a problem during any phase of the sexual response cycle that prevents the individual from experiencing satisfaction from the sexual life. Whilst sex is not vital for good health, it’s doubtless important for anyone. Why it happen? What kinds of professionals treat sexual diseases in men? A common class of antidepressants, which include Zoloft — can kill the mood in bedroom.